Originally published in The Cardonald Courier in November 2011

If there’s one thing the Scots are famous for it’s their legendary sense of humour, and designer Mhairi Mackenzie is showcasing it through her Bonnie Bling jewellery range. 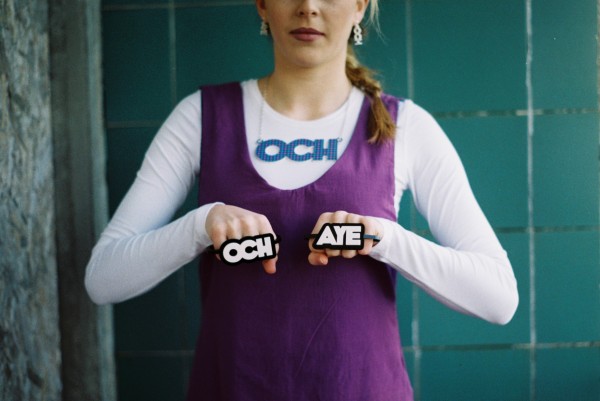 FROM peely wally necklaces to baltic badges and och aye cufflinks, Bonnie Bling has catapulted Scotland’s best known words and phrases onto a world wide platform and it’s going down a storm – there’s even a bawbag badge to celebrate.

Designer Mackenzie, who lives in Cardonald, has been building the Bonnie Bling brand over the last year after she and a friend came across the idea in the most appropriate fashion – over a giggle and a bottle of wine. 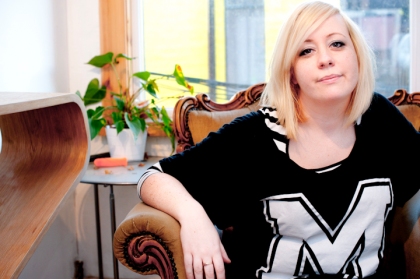 “I was hanging out with my friend Sarah Richardson, we were having a night at my house and had a bottle of wine,” Mackenzie said. “We were just messing about and we started slagging each other off using all these Scottish words.

“It was like “have you heard this word, have you heard that word?” – we were just joking around I was saying I could get you a necklace that says that. Then we woke up the next day and thought that it might actually be a good idea.”

Mackenzie, 32, used her contacts at Strathclyde University – having worked their previously as a design marketing co-ordinator for Strathclyde Students Union – and their product design department gave her access to their laser machine to do some test cuts. 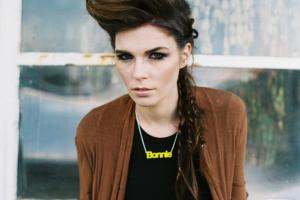 “We did that and took the products to a couple of craft fairs in Glasgow and we were getting really good responses from people,” Mackenzie continued. “Right from the word go people have been really enthusiastic about it.”

“The baltic badge is popular,” Mackenzie said. “The enthusiasm that you see from people when they recognise the words is just so great, it’s lovely seeing people’s reactions to it. We get old couples coming up to us and they will be like “Oh look, peely wally”.

“When Brad Pitt came to town I thought that would be really funny to make a badge that said “pure fancy Brad Pitt” on it. I chanced my arm and sent it out to some local papers and straight away the Evening Times was on the phone. It’s just gone crazy.”

“It all happened very fast,” she added. “Last January I went to a trade show, I decided let’s just put it out on the trade show and see what the response is from retailers. If they like it they like it if they don’t at least we know we tried it. We went to the trade show and won the best new product award for the och aye necklace and och aye earrings and we got 13 suppliers all in one day.” 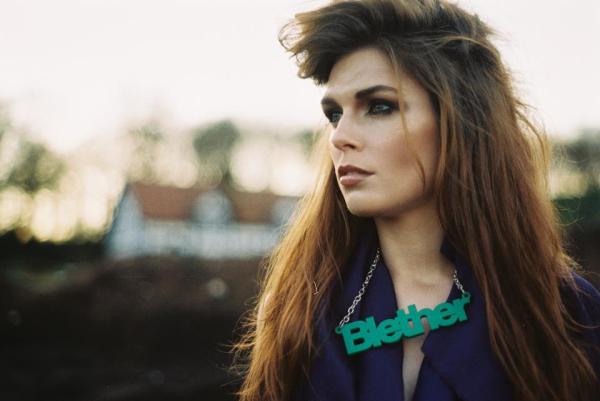 The brand has gone from strength to strength since then and Mackenzie has been working alongside other Glasgow designers.

“I stumbled across a collaboration of Glasgow designers called Obscure Couture and they asked me to do a range with them,” she said. “So I designed them a range to go with their catwalk show and they actually showed it at London Fashion Week last February which was amazing.

“It’s nice to see Glasgow getting a real creative buzz about it again. It’s really cool and it’s nice to be a part of it as well. You see lots of little independent shops around in Glasgow which is nice to see instead of being chain stores and things like that.”

Mackenzie is making use of the emerging online market with the Bonnie Bling website, and the products are on sale in shops throughout Scotland. The range has been popular with customers outside of the country like former residents and holiday-makers. As well as an enthusiastic local market Bonnie Bling has the potential to go much further, and Mackenzie has the drive to take it forward.

“Everybody always wishes they could have one of those great ideas and I’m thinking wow, I have actually had one,” she said.

“I think because there’s so much momentum behind it it would be a massive waste of an opportunity not to give everything I can, so that’s what I’m doing.”

You can view the range at www.bonniebling.co.uk