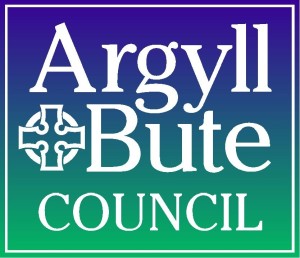 RESIDENTS on Bute are preparing for a day of public sector strike action after Argyll & Bute Council released details of the range of services that will be affected on the island.

All four schools on Bute will be closed on Wednesday 30 November as up to two million public sector workers go on strike over government pension proposals.

Calmac services between Rothesay-Wemyss Bay are not expected to be affected by strike action but remain on a weather-related amber alert. Passengers can keep up-to-date by visiting the Calmac website.

Routine road maintenance and street cleaning services will not be carried out and the council advises it is unlikely bins will be collected. Residents who usually have their bins emptied on a Wednesday can expect collection on the next scheduled date.

Schools, airports, hospitals, courts and libraries are preparing for a day of disruption across the UK as the government and unions fail to reach agreement on public sector pension plans.

Rachel Perry, a Bute resident and mother of a young child, is supporting tomorrow’s strikers and toldButeBites: “I am supporting them because they are some of the most valuable workers this country has and they are being treated like dirt by their own government. They deserve better than this.

“The strikes themselves may not actually affect myself as Eilidh, my daughter, is not at school and I do not work for any public sector but if it was for more than one day I would certainly be affected, but I would still support them.”

Greig Aird, a 17-year-old student from Bute studying Business Studies at the University of the West of Scotland, said: “I support the cause of the public service workers, however I feel that the way they are protesting is inappropriate.

“The strikes won’t affect the big politicians, it will affect ordinary people like you and me. I am losing a day of university because of the strikes. Parents will have to take a day off work or pay for childcare. In these times that isn’t good, a lot of work will stop, which isn’t good for the economy and also the extra money coming out of working class people in the run up to Christmas won’t be good news for retail sales.”

Argyll & Bute Council leader Councillor Dick Walsh said: “Our priority has been to ensure that our essential services are protected, and to minimise the strike’s impact on our communities.

“We will of course be keeping a close eye on the situation as the extent of the action becomes clear, and will keep the public informed, via the council website, regarding any changes to the information we currently have regarding those services likely to be affected.”